Colette Davis is well known as a musician and musical director in Limerick, nationally and internationally. For many years, she has been musical director of the Bunratty Castle Singers, who have performed at many prestigious events worldwide, including for Sony in Switzerland and on NBC and in Radio City in the US.
Colette started her studies in Limerick with Frank Brislane going on to win many competitions in Limerick, Cork and Dublin. She later continued her studies with Gerard Shanahan, Paul Hamburger, Herbert Bargett, Ernest Read and Colman Pearce. Her passion for Opera began when she was invited to become musical director of the Limerick Choral and Operatic Society. This lead her to work as repetiteur with such noted international singers of the day as Elizabeth Rust, Laura Sarti, Marion Studholme, William Dickie, Stanislav Pieczora, Stuart Burrows, Roland Jones and with conductors which included John Brennock, Anthony Hose and Nicholas Braithwaithe.
Colette has performed with many of the country’s leading singers on stage, radio and television and remains one of Ireland’s most sought after accompanist and repetiteur
Colette has been musical director of Voices of Limerick since its inception. Her passion for and knowledge of music and her guidance and dedication has enabled the choir to achieve its present high standard. 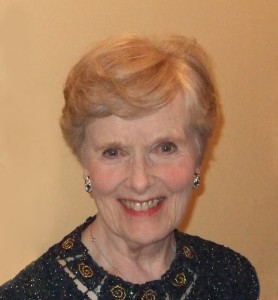